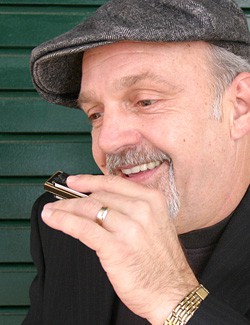 A first-class bluesman with more natural soul in reserve than many singers can summon up at the peak of their powers, Darrell Nulisch testifies with stirring authority on I Like It That Way, his second Severn Records release.

Following up 1998's The Whole Truth, this strong release presents the big-voiced Dallas native dipping into a varied soul-streaked R&B bag. From the infectious opener, "You Tore My Playhouse Down"--which he adapted from the Ann Peebles' classic "I'm Gonna Tear Your Playhouse Down"--to ebullient offerings like "Getaway Place" and "Love Changes Things", he mines a motherlode of deep-blue feeling on B.B. King's "Worried Blues" and goes to church on the gospel-flavored original "Where My Baby Is."

Elsewhere, Nulisch wraps his distinctive pipes around faithful covers of Lee Shot Williams' "I Like Your Style" and Otis Redding's "Trick Or Treat." He grooves on a jazzy, organ-fueled interpretation of Otis Rush's "Mean Old World," reinterprets his own "After All," which he had recorded 10 years ago with guitarist Ronnie Earl, and showcases his blues harp chops on the rootsy shuffle, "Once in a Lifetime."

"I've tried to show progression on all my records," says Nulisch. "And I think this one shows growth in my writing style." On this release, he is again working in tandem with longtime writing partner Steve Gomes. "Steve and I both lean toward this soul kind of thing. Also over the last few years I've gotten into listening to more gospel and jazz, and I think that's reflected in some of the music on this album."