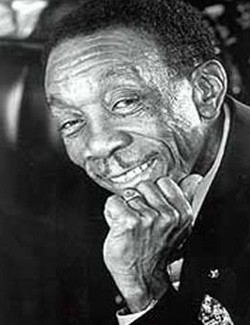 Joe Weaver ( feat. Johnnie Bassett and Thornetta Davis) was an American Detroit blues, electric blues and R&B pianist, singer and bandleader. His best known recording was "Baby I Love You So" (1955), and he was a founding member of both The Blue Note Orchestra and The Motor City Rhythm & Blues Pioneers. Over his lengthy but staggered career, Weaver worked with various musicians including The Four Tops, Marvin Gaye, John Lee Hooker, Nathaniel Mayer, The Miracles, Martha Reeves, Nolan Strong & The Diablos, Andre Williams, Nancy Wilson, and Stevie Wonder.

In addition, Weaver was a session musician in the early days of Motown Records and played in the house band at Fortune Records. He was a key component in the 1950s Detroit R&B scene.