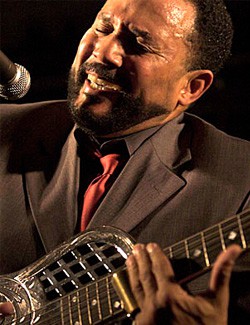 Born in Chicago, IL, Diamond Jim Greene was influenced by Blind Arvella Grey and his style of expressive metallic guitar. In a style in the beginning similiar to Cephas and Wiggins, but rapidly opened to other influences. And you can feel it in his forth CD. As time went by, Mr. Greene learned to balance his voice with instuments and also, developed a clean musical personality.