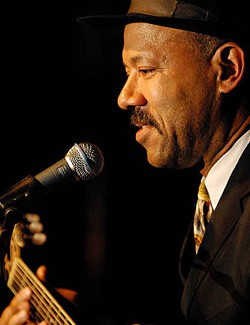 Michael Roach (born Washington D.C.1955) is an expatriate American blues performer and educator, who has released six CD's on the independent Stella Records label. He conducts workshops on African American musical/cultural heritage internationally, and is a founder of the European Blues Association.

Roach's tours as an educator and performer have taken him to the Augusta Heritage Center (US), Centrum Piedmont Blues Intensive (US), The Ironworks (UK) and the Smithsonian Institute (US). He has performed and lectured at blues, jazz, folk and roots music festivals in Croatia, Czech Republic, England, the United States, the United Arab Emirates, and Wales.