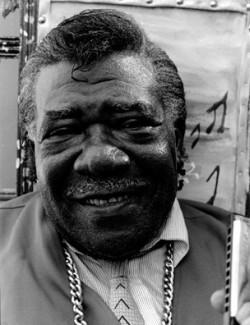 For the past seven decades, Pattman offered his heart-felt music inside businesses, at churches, on nightclub stages and for music festivals. He entertained countless audiences throughout Athens and the region, making him a music icon among fans and musicians alike. His fame extended internationally as he played in Australia, Iceland and Switzerland. Pattman's music was also recorded on several tapes and compact discs, including the 1999 Prison Blues (that featured Pattman, Cootie Stark, Taj Mahal, Jimmy Rip, Timothy Duffy, Mudcat and Lee Konitz) and It Seemed Like a Dream recorded live in Australia in 2001 with Peter Gelling.