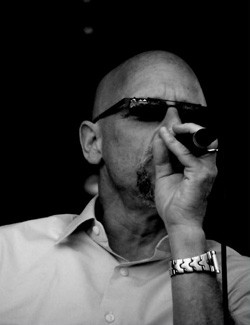 Great artists, great songs and great performances… That’s what the classic soul revues of the ’50s, ’60s and ’70s — the Soul Clan, the Stax/Volt Revue, the Johnny Otis Show, the Motown Revue — were all about.

Today the Severn Soul Revue rekindles the fiery spirit of soul’s glory days, bringing stellar line-ups of the label’s artists to the same stage — on stages all over the world.Since its inception in 2004 the Severn Soul Revue has traveled to major festivals throughout the US and in Europe, including France’s prestigious Cognac Blues Passions, the Arkansas Blues & Heritage Festival, Switzerland’s Lucerne Blues Festival, Toronto’s Beaches International Jazz Festival and Italy’s Piazza Blues Festival.For fans, the Severn Soul Revue is dynamite entertainment. For the artists, “It’s a rare chance for us to inspire each other and to collaborate on stage, which soul and blues singer rarely get to do,” says Tad Robinson, a regular in the Revue’s shifting roster.

“Having Steve and Robb at the core of the Revue band lets us recreate the magic we make in the studio,” says label chief David Earl. “The rapport they have with the frontmen they support lets everyone on stage perform at their very best.”