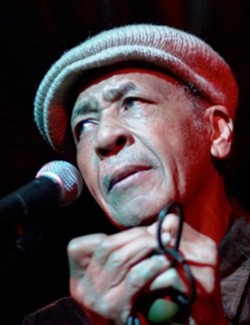 Wallace Coleman is a Blues harmonica player with a natural sound steeped in Traditional and Chicago Electric Blues.  He is the one and only harmonica player ever hired by the late Delta Blues Guitarist, Robert Jr. Lockwood.  His recordings with Lockwood include his Grammy-nominated CD.  Coleman traveled the world playing music with Lockwood for 10 years before starting his own Wallace Coleman Band in 1999.

Since then, Coleman has created his own Ella Mae Music label (formerly Pinto Blue Music) with 3 releases garnering critical acclaim.  He is a two-time Living Blues Award nominee for Most Outstanding Harmonica, with a win in 2001. His Living Blues feature story appears in Living Blues issue #190. Coleman was named an Ohio Heritage Fellow in recognition of his embodiment and preservation of an art form that has all but disappeared from the African American musical landscape.

Coleman travels the U.S.  &  Europe performing his music at major Blues and Music Festivals. His favorite harp player was Little Walter Jacobs and, at times, Coleman is said to be reminiscent of Little Walter's sound.